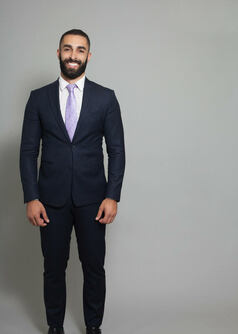 Taylor Stilson joined the voice faculty of Boston Conservatory at Berklee in 2018 and currently teaches at Brown University and Phillips Andover Academy. Mr. Stilson has crafted a unique career as vocal pedagogue, singer, yogic practitioner, and holistic body-mind modality enthusiast. As vocal pedagogue, Taylor has lectured on vocal
anatomy, physiology, and vocal health at Brown University, The Boston Conservatory Dance Division, and University of Miami Frost School of Music. His past and current students have placed finals in the Metropolitan Opera Council Auditions, Classical Singer Convention, NATS, and have been seen in regional theaters in Miss Saigon, Hair, and Newsies, and regional and international tours. His yogic and body modality exploration has deeply influenced his voice teaching. He utilizes Iyengar and Yin Yoga alignment techniques and myofascial work in his teaching. In addition, he has found hypnosis and limbic-disassociative cognitive exercises to be highly beneficial for students suffering from performance anxiety and anxiety-induced Muscle Tension Dysphonia.
​
​Taylor Stilson recently completed his first year of D.M.A. studies in Vocal Pedagogy and Performance at University of Miami. He received an M.M. in Vocal Pedagogy with Collaborative Piano Studies and a B.M. in Vocal Performance from The Boston Conservatory. He taught for The Boston Conservatory’s Vocal/Choral Intensive from 2007-2011 and The Boston Conservatory's MEIP Voice Program in 2012. Mr. Stilson has completed additional studies in voice, opera, and piano at the Hawaii Performing Arts Festival, Michigan Opera Theatre, New York Opera Studio, Spring Arbor University, and Interlochen Center for the Arts. He has studied voice with Kevin Wilson, Jayne Sleder, Bill Cotten, and Dr. William Christensen, and has coached with Dr. Karl Paulnack, Andrew Altenbach, Michael Strauss, Allison Voth, and Nico Castel.

As singer, Mr. Stilson has been seen as Valentin (Faust), Prince Igor (Prince Igor), Marcello (La Bohème), Falstaff (The Merry Wives of Windsor), and Ariodate (Serse) at The Boston Conservatory. He has been a featured soloist with The Boston Conservatory Orchestra in Dr. William Cutter's Spring Ritual, Haydn’s Theresienmesse, Hindemith’s Apparebit repentina dies, Lizst’s Via Crucis with the Boston Conservatory Chorale, and with the Orchestra of Trinity Church, Boston in the Messiah and Saint- Saëns’ Oratorio de Noël. He maintains active voice studios in Boston (MA), Providence (RI), New York City, and Miami (FL).

Back to Basics: Creating Technical Blueprints for Students
​with Michael Hanley 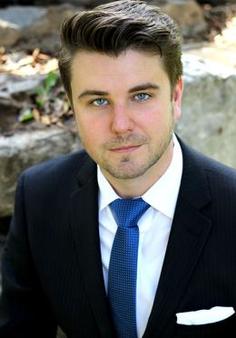 Michael Hanley is a sought-after pedagogue, combining his experience as a classical singer and teacher into well-rounded classical and musical theater teaching styles. His students have achieved success in a variety of genres including musical theater, opera, and commercial music. From 2013 to 2015, Hanley served on the faculty of Syracuse University's Department of Drama and Setnor School of Music, where he taught voice, voice for musical theater, and musicianship courses.

Hanley is actively engaged in academic research and recently presented his work Bridging the Gap between Theatre Voice Training and the Male Singing Voice with colleague Jared Trudeau at the Fall Voice Conference in Pittsburgh, Pennsylvania. He also studied entrepreneurship and the integration of entrepreneurship in Conservatory curricula as a Kauffman Entrepreneurial Scholar at the University of Rochester.

Hanley holds a B.M. from the Eastman School of Music and an M.M. in voice pedagogy and performance from Penn State University. Hanley was a 2016 NATS Teaching Intern and maintains private voice studios in Boston and New York. Additionally, he serves on the voice faculty of the Walnut Hill School for the Arts.​

A fun night of socializing, fun food, and drink with the NATS-Boston Board! The NATS Board BBQ is a fabulous way to meet other area teachers, talk shop, and share ideas for the upcoming school year. 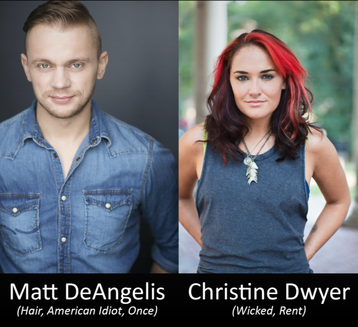 Matt DeAngelis – a veteran of over 800 performances of the hit musical Hair including Broadway, The West End, and National Tour playing the role of Woof. He also launched the 1st National Tour of Green Day’s American Idiot and was seen playing multiple instruments in the Tony Award Winning musical Once as Svec. Matt can now be seen in the Broadway hit, Waitress at the Brooks Atkinson Theatre.

Christine Dwyer – after graduating with a BFA from The Hartt School, toured the US, Canada, and Japan playing Maureen in the national tour of RENT. She is best known for touring the country and flying into Broadway as Elphaba in Wicked. She has donned the green as Elphaba over 1000 times including the 2014 Tony Awards to celebrate the show’s 10 year anniversary. Christine is now touring the country as Sylvia Llewelyn Davies in Finding Neverland, the Musical.
​
Location: Futura Productions, 4 Belgrade Avenue, Roslindale, MA.
Tickets: $15.00 in advance for NATS members and their students. All others $20.00.

Internationally published voice science author and voice clinician Kenneth Bozeman came to Boston for a workshop and masterclass based on his book, “Practical Vocal Acoustics.” He is especially gifted at explaining the often complex subject of formants, formant tuning, and acoustic registration events in the singing voice. This workshop and masterclass was be free of charge and marked a new collaboration between the New England Conservatory, Longy School of Music, and NATS Boston. Learn more about Bozeman’s work here.